A growing number of cities are inviting independent experts to become champions of cycling. Such figures sit between politicians such as city mayors and council leaders, city officials and the population at large, and help build the case for raising the standards, levels and governance of cycling investment. The relationship with the city administration varies.

Examples from within the Handshake project include Chris Boardman as Cycling Commissioner in Greater Manchester (appointed 2017), and the "world's first" Bicycle Mayor in Amsterdam (appointed 2016). These act as the public figurehead for cycling in their respective cities. Handshake cities will learn from these examples and what is working best in their engagement with citizens and in improving infrastructure. 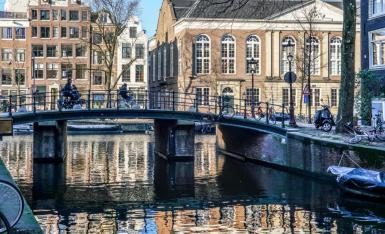 Bicycle Mayors in Amsterdam in 2019 are Katelijne Boerma (senior) and Lotta Crook (junior - 9 years old). Bicycle Mayors are a catalyst to bringing together the public and private realms to uncover the massive economic, health, and environmental benefits of increased cycling capacity. They are uncovering new ideas, working with others to deliver action and promoting innovations that support better cycling for all.

The Bicycle Mayor Programme is now expanding world-wide. BYCS – which initiated and coordinates the program – is now working with local partners around the world using the bicycle to address pollution crises, tackle road deaths, break down social barriers and enable people to access essential services for the first time.

See all other solutions in this city

Many of Europe's cities are expanding or intensifying rapidly, and as new development and redevelopment occurs it is important that cities'...