The annual bicycle reviews have been addressed to the Technology and Environment Committee and are an overview of the City of Copenhagen's priority efforts in the field of cycling and the effect of these, as well as the status of the politically agreed goals and for the citizens' satisfaction. The bicycle reviews also provide suggestions for concrete initiatives that may be relevant to initiate in connection with the budget negotiations.

The development of bicycle traffic and the existing objectives is the starting point for Cycle Report 2018. The following six themes have been identified as the most important future initiatives in the bicycle area: 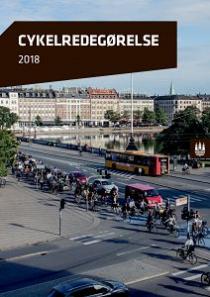